Bless his revolutionary heart, poor George was plagued by dental problems for most of his life, but at least splinters weren’t one of them. Although, our first U.S. president did indeed have several sets of false teeth, in spite of popular myth, none of them was wooden.

Washington’s dental problems are well documented beginning in his early adulthood. By age 47, when he became president, he had only one natural tooth left. His diaries contain numerous references to bouts of toothache, and historians speculate that his well-known hair trigger temper may have been related to his constant battles with dental pain.

Although one of the richest men in America at the time (and purportedly treated by many of the country’s most prominent dentists), Washington was still contending with 18th century dentistry which was not even close to what it is today. In an effort to find a good fit, George tried several types of dentures made from various materials including gold, hippopotamus tusk, elephant ivory and even human teeth — but never wood.

For all these efforts, Washington still suffered greatly from his dental problems, and portraits of the time seem to show that. A scar on Washington’s cheek in a portrait after Charles Wilson Peale in 1779 probably resulted from an abscess of dental origin. In a later portrait (mid 1790’s), artist Gilbert Stuart padded out his cheeks and lips in an attempt to mimic normal contours, because his dentures at the time were probably too short. The seventeen-year interval between these two portraits also displays a striking degradation in Washington’s dental health brought on by aging and prominent tooth loss.

George would have given his eye tooth (if he still had it) to have access to the dental care available today. Nowadays, except in very rare cases, there is no reason for anybody to suffer like poor Washington, yet dental care for whatever reason is still overlooked by most American families. And you don’t have to be that wealthy to see your dentist regularly. Preventable dentistry is more affordable that ever. I’m sure if George was here today, he would issue this warning to us all: “Look after your teeth and they will look after you.” 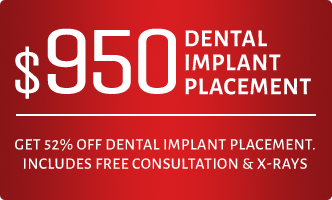